The study in question took into account data from 2010-2017 for wind, and 2011-2017 for solar. It found that 70% of annual observations of solar projects were at or above expected levels. Meanwhile, wind fell short, with only 25% at or above expected. While both wind and solar had record growth in this period,  this is a sign that creditors have been undervaluing solar, and that the investment opportunities are even greater than previously assumed. 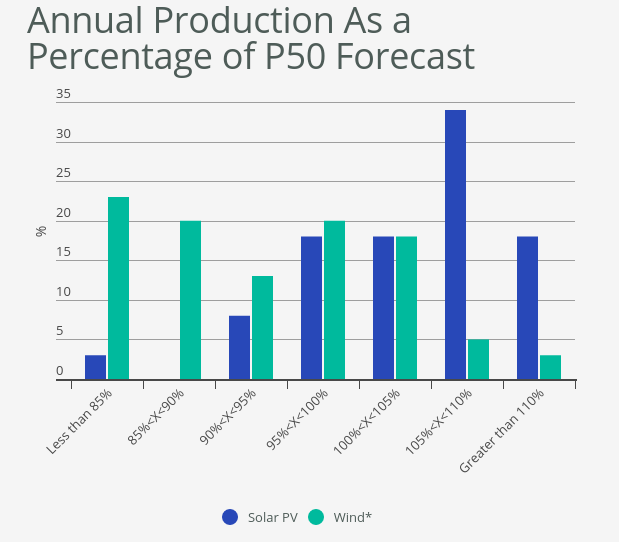 According to the report "they [solar projects] clearly have lower operational risk, better generation performance and lower volatility than wind projects." The realization of this systematic undervaluing could point to greater investment from large capital firms. While solar has seen investment, too many, renewables are still considered risky due to intermittent production. This new report shows that the reliability is higher than previously assumed, with return figures above expectation.

In general, low volatility and high ratings from creditors are a sign that solar can only go up. Solar investments have been consistently growing for many decades, and show no sign of slowing.  Attracting capital is especially a problem outside of the US, where other factors can lead to volatility. Previously untapped areas of high solar radiation could see development in the future if firms see one less source of unpredictability.

When one of the most prominent voices in capital investment says that solar is performing better than expected, it's obvious that the future is looking bright for the industry!